President Rodrigo Duterte’s first visit to China last October 2016 was described as a ‘milestone’ by President Xi Jinping with both leaders knowing that this milestone will bring about bigger and better trade opportunities for both countries. Despite the uncertainties after the bout over the islands in the South China Sea, President Duterte made his move to close the gap between the two nations and decided to put aside the dispute over islands during this visit. The documents signed by both Presidents during this visit in 2016, which was reported to amount to a total of $13.5 Bn, marked the restoration of a long-standing trade partnership between China and the Philippines.

According to the BOI Managing Head and Trade Undersecretary Ceferino Rodolfo, the first quarter of 2017 saw significant interest from Chinese investors, especially on infrastructure projects. Just last March 2017, five Chinese firms submitted letters of intent to the BOI to put as much as $10 billion in different projects. The projects and industries which are being explored by Chinese investors include aerospace parts manufacturing, oil storage terminal and refinery, to solid waste-gastification projects, among others.

Growing investor base means processes need to be in place 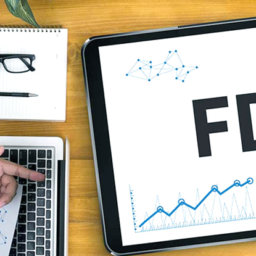 Foreign Direct Investments (FDI) in the Philippines for 2021 have grown significantly in the past few years. Despite the unfortunate effects of the COVID-19 pandemic, the Philippines still remains an ideal market for foreign investments in Southeast Asia.