Foreign Direct Investments (FDI) in the Philippines for 2021 have grown significantly in the past few years. Despite the unfortunate effects of the COVID-19 pandemic, the Philippines still remains an ideal market for foreign investments in Southeast Asia.

With efforts from the public and private sectors to ease the business environment in the country, foreign investments have remained steady throughout the years. To give you an insight into the country’s investment scene, this article discusses several points on why the Philippines should be your next foreign investment destination.

Foreign Direct Investment in the Philippines

According to the 38th Global Investment Trends Monitor, the Philippines gained an increase of 29% of FDIs in comparison to other countries in the ASEAN region. The approved foreign investments in the country reached a total of ₱36.5 billion (US$749 million) in the fourth quarter of 2020.

The sectors that gained the most foreign investments are information and communication, electricity, gas, steam and air conditioning supply, manufacturing, and administrative and support service activities.

Additionally, the United States, Singapore, China, and South Korea are the largest contributors to foreign direct investments in the country.

The Philippine government has placed several measures to accommodate the country’s fast-paced infrastructure growth, attracting many foreign investors to expand their business in the country. Such measures were created to improve competitiveness and support incoming investments from both local and foreign enterprises.

Investment Campaign in the Philippines

In November 2020, the Board of Investments (BOI) and the Department of Trade and Industry (DTI) launched their Make it Happen in the Philippines campaign to entice foreign investors to do business in the country.

Initially, the campaign was launched in Australia and New Zealand, showcasing six sectors in the Philippines such as electronics, automotive, aerospace, copper, information technology, and business process management.

Additionally, the campaign highlights the Philippines’ domestic market of 110 million and its strategic location which provides businesses with favorable access to its neighboring countries in the ASEAN region. At present, the Philippines is home to 49 million workers and produces approximately 750,000 college graduates annually.

In 2017, President Rodrigo Duterte initiated the Build, Build, Build program, which aims to accelerate infrastructure and development in the Philippines. The program opened the country to many foreign investors, inviting them to invest in sectors such as agriculture, manufacturing, and energy.

The program consists of around 20,000 infrastructure projects nationwide, involving roads, highways, farm-to-market roads, airports, seaports, terminals, evacuation centers, lighthouses, hospitals, schools, government centers, and the like. It is one of the top-priority programs of the Duterte administration, allocated a budget of around ₱8 trillion (US$164.7 billion) for a six-year period, from 2017-2022.

The Corporate Recovery and Tax Incentives Reform Act (CREATE) bill is another incentive that aims to reduce the corporate income tax rate to 25%, from the current 30%, once the bill is enacted into law. It also decreases its rate annually by 1% until 2027, while at the same time reforming the incentives regime by making it more performance-based and time-bound.

CREATE also aims to support micro, small, and medium enterprises (MSMEs) by providing a tax cut from 30% to 20%. Domestic corporations with total assets of ₱5 million or less will enjoy an immediate 10% reduction of the CIT rate.

Currently, the bill is pending for President Dutete’s signature after Congress ratified the final version on January 27.

The Philippines also provides numerous tax incentive schemes to further accommodate foreign investments in the country. The government agencies that administer incentives to qualified enterprises are:

Make the Philippines Your Next Investment Destination in 2021

Investing in countries that pose high infrastructure and economic growth will place your business at an advantage. By investing in the Philippines, you will open your enterprise to a gateway that caters to millions of domestic and foreign customers that will surely enable you to tap other ideal investment destinations in the ASEAN region. 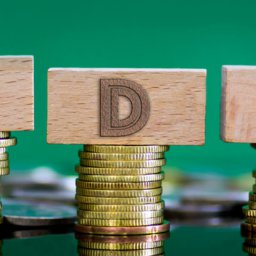