VAT Incentive to PEZA Enterprises Not Affected by TRAIN Law

President Rodrigo Duterte vetoed five provisions from the Tax Reform for Acceleration and Inclusion (TRAIN) Act before he signed it into law as Republic Act No. 10963 in December 2017. Among the provisions he vetoed is the zero-rating on the sales of goods and services to separate customs territories and tourism enterprise zones – which created uncertainties on the fate of the 0% value-added tax (VAT) incentive currently being enjoyed by companies registered under the separate customs territories of the Philippine Economic Zone Authority (PEZA).

A lack of consistent stand from the government on how the President’s veto should be interpreted has prompted conflicting interpretations from various government agencies. Some government officials claim that the veto mandated local suppliers to impose VAT when selling goods and services to PEZA-registered companies.

PEZA officials, however, maintain that the veto could not remove the tax incentive because economic zones are treated as foreign soil and purchases made with them by local suppliers should be considered cross-border transactions that are outside the territorial boundary of the taxing authority in the Philippines.

To settle the issue, PEZA officials sought for clarification from the Department of Finance (DOF) as to whether the veto applies to PEZA-registered companies. DOF officials informed PEZA through a letter reply addressed to PEZA Director General Charito Plaza that TRAIN law does not affect the current zero-rating for sales of goods and services pursuant to Section 8 of Republic Act No. 7916, otherwise known as the “Special Economic Zone Act of 1995”.

Section 8 of RA No. 7916 provides that PEZA ecozones should be operated and managed as separate customs territories – which allows them exemption from national and local taxes, import duties, and other trade restrictions for sales of goods and services within the Philippines. Additionally, PEZA ecozones have trade laws and business regulations that are different from the rest of the country and thus cannot be affected by new laws and revenue regulations until RA No. 7916 or some of its provisions are repealed and deemed ineffective. 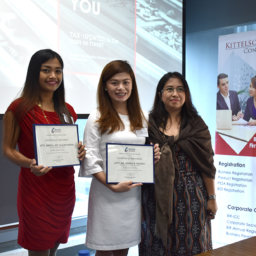 InCorp Philippines and Carpo Law & Associates, in partnership with the British Chamber of Commerce Philippines, brings you “Doing Business in the Philippines”. This covers discussions on how new updates and issuances from the SEC, PhilHealth, and BIR will affect current business operations, as well as projections on how the newly implemented TRAIN Law will channel favorable changes in the current Philippine business climate. 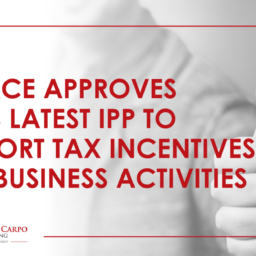 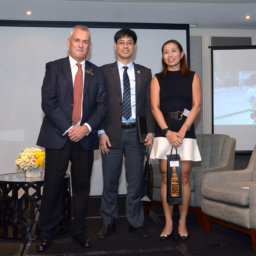 The TRAIN Law: Getting Traction

InCorp Philippines, in partnership with the British Chamber of Commerce of the Philippines, brings you “THE TRAIN LAW: GETTING TRACTION“. This covers a business briefing on the newly implemented Tax Reform Acceleration and Inclusion (TRAIN) Law, Republic Act 10963. 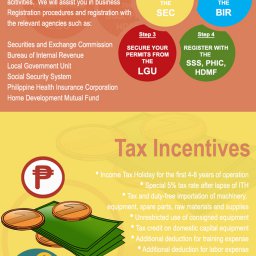 The Philippine Economy is booming and one of its driving force is the Business Process Management Industry. With the Country’s diverse workforce and its flexibility to blend with different cultures, businesses from around the world can easily outsource or set up their operations in the country. 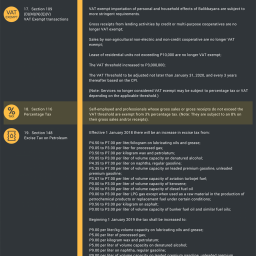