On February 20, 2019, the government passed the Revised Corporation Code (RCC) of the Philippines (Republic Act 11232). The revisions aim to make it easier to register and maintain a business in the country. Chief among its reforms is the creation of the One Person Corporation (OPC) and the establishment of corporate perpetuity.

The RCC also integrates technology into the Corporation Code, allowing for remote participation, online registration and monitoring, and electronic communications for business registration and corporate compliance.

Here are the six key provisions:

In the Philippines, 99% of businesses are small or micro-enterprises. With the new code, they can now register their business under a new legal structure — the One Person Corporation (OPC). Previously, at least five people were required to incorporate, forcing many MSMEs to operate as Sole Proprietorships. The new code allows a single person to form a corporation.

The primary advantage of an OPC is that a corporation has separate legal identity from the business owner. The owner is liable to the extent they invest in company shares. Personal assets are considered separate and protected from the liability of the business.

According to SEC Chairperson, Emilio Aquino, “An OPC offers the agility and complete dominion of a sole proprietorship and the limited liability of a corporation.”

Requirements for Registering an OPC

Coca Cola, JPMorgan, DuPont — some of the world’s most successful brands have existed for hundreds of years. However, the former Philippine code imposed a corporate lifetime of only 50 years. Companies could extend their life for periods not exceeding 50 years.

The revised law allows corporations to exist in perpetuity unless their Articles of Incorporation provides otherwise. Business owners no longer risk their company closing down prematurely, allowing them to create long-term value and investments.

The perpetual corporate term applies to both aspiring and existing corporations. No further paperwork is required for availment. Expired corporations can petition the Securities and Exchange Commission (SEC) to revive their existence. The majority of the former board members or trustees must be in agreement with the revival. Corporations whose name is now being used by another company must file under a new name. Any outstanding fines and liabilities must be paid before filing.

To improve access and efficiency, the SEC is transitioning to an online registration system. The Department of Information and Communications Technology (DICT) has been charged with creating an online portal through which all business registrations and related licenses and authorizations can be completed.

#4: Remote Participation and Voting in Absentia

The revised code takes advantage of modern telecommunications. Notices of board meetings may be sent electronically. Board members and trustees can use videoconferencing, teleconferencing, and other technologies to participate in board meetings remotely. Shareholders will also be allowed to vote in absentia.

The minimum security deposit required for foreign corporations increased from Php 100,000 to Php 500,000. The deposit ensures international corporations can meet any obligations or debts incurred in the Philippines.

Six months after the end of the fiscal year, additional securities may be required if:

Corporations exempt from the security deposit include:

Corporations vested with public interest are subject to additional regulation. The SEC defines such corporations as:

Corporations vested with public interest must elect a Compliance Officer. Additional annual reports must be filed with the SEC, such as director compensation and performance reports. Stockholders have an absolute right to vote in board elections, either remotely or in absentia. At least 20% of the board must be independent.

The RCC updates the old Corporation Code and makes it at par with international standards. The creation of the One Person Corporation and corporate perpetuity make it easier for foreign and Filipino entrepreneurs to enter the local market. The RCC also establishes greater protections for shareholders.

Senate Minority Leader Frank Drilon, a sponsor of the bill stated, “The passage into law of this measure is critical in our bid to improve the country’s business climate and make our economy more competitive with the rest of the world.”

The government would like to remind all corporations that they have two years to become compliant with the law.

How to Register an OPC in the Philippines

Not sure how to register a One Person Corporation (OPC) in the Philippines? This guide will help you understand the requirements and process to get started. 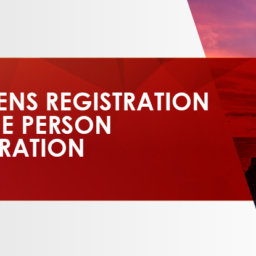 SEC Opens Registration for One Person Corporation This Week

The Securities and Exchange Commission (SEC) is now accepting applications for the registration of a One Person Corporation (OPC), a corporation with a single stockholder, following the issuance of the pertinent guidelines.